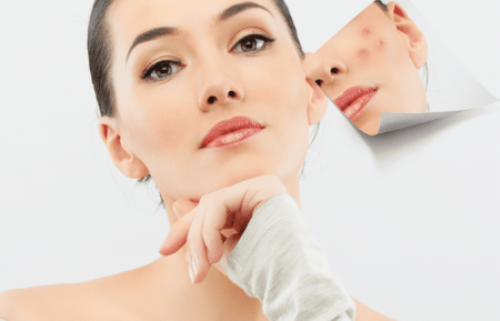 Scars seem to have a strange appeal for human beings. Scars are a manifestation of our frequent ambivalence about the body; some are reminders of pain, others are badges of honor. However, scars are nature’s souvenir postcards from the amazing adventures that helped mold us into who we are today.

Our tendency to see scars in terms of their outward appearance may be just as superficial as the beliefs of the ancients who once thought that scars came about as a result of invisible magical arrows that wounded warriors had to remove from their skin. We should keep in mind, however, that beyond their outward visibility, scars often leave impressions upon the mind and heart that are deeper than we might think.

In any manner, your scar is yours and no one else’s business. But if your scars are bothering you, don’t worry; We have the scoop on options for managing a recent or long-term scar, from our talented surgeons.

Scars are evidence of your body trying to heal itself. Through the process of fibrosis, your body forms scar tissue to repair an injured skin. All scars, whether surgical or not, are made from the same process.

Scars often can be seen on the outer surface of the skin. However, the physical nature of scars can be deceiving; they are not just surface areas on the skin, but actually extend through a person’s dermal layer, sometimes reaching into other tissues.

What are the Different Types of Scars?

Everyone heals differently, and every scar has a story to tell. Depending on what they healed from, scars can come in different shapes and sizes. Generally, scars come in two flavors; The normal and the not-so-normal or problematic scars.

Normal scars can vary in appearance. Scars located in high stress areas, such as the back and shoulders, tend to be more spread out than those located on the face and arms.

When it comes to problematic scars, there are two varieties: hypertrophic and keloid. Hypertrophic scars, which occur within the vicinity of a wound, result from the body producing slightly more scar tissue than is normal. In contrast, keloids form when the body produces an excess amount of scar tissue, extending beyond the original wound.

How Long Does It Take for a Scar to Heal?

A lot of people don’t know this, but the scar healing process is a long, drawn-out affair. Scars evolve and change for over a year after surgery or injury, not just the weeks or months one might expect.

A good way to get rid of scars is by getting a massage or using a silicone treatment. As the scars mature, they should become soft, thin and less noticeable.

When Should You Consider Scar Revision Surgery?

Because scars take a long time to heal, we would normally wouldn’t consider scar revision until a year or so after the trauma that caused your scar in the first place.

Still, it is never too soon to address and control scarring with a non-surgical method. The sooner you act, the better the chances that the scar will fade as completely as possible.

Being sun-sensitive, surgical scars tend to take on a different hue from surrounding tissue. Therefore, it is important to avoid direct sunlight in order to protect your scars from being darker than the surrounding skin.

If nonsurgical methods fail to resolve your scar, or if you have a pathologic scar, like a hypertrophic or keloid, scar revision surgery may be required.

What is Scar Revision Surgery?

Scar revision surgery includes an innovative range of techniques which can be used on their own or in conjunction with other surgical and non-surgical treatments.

The key to healing a scar is to identify and remove anything that may be preventing the scar from healing normally. To minimize the risk of developing an unsightly scar, we eliminate the factors that may have contributed to a scar’s poor healing, such as an area of high tension or an infection. The surgery is used for two purposes: cosmetic and functional. The procedure is selected based on the location, size, and type of scarring.

Scars are permanent, which is a pity because you can’t really get rid of them. But if you treat it well after the scar has healed, it may be so imperceptible as to be barely noticeable.

Our main focus at our Plastic Surgeon practice is not only making the perfect scar, but also hiding scars in natural creases and folds so they can’t be seen.

What Makes Some People More Likely to Scar?

Also, the circumstances under which you get a scar affect the way you heal. A neatly placed surgical scar that is strategically placed in natural creases and folds of the skin will heal much differently than a scar that you got from tearing up an elbow by falling off your bike.

Can A Scar be Harmful?

Scars are usually benign and painless but, in some cases, they can be uncomfortable, itchy or even hurt. Scars, especially early ones, can be very sensitive to the touch, and can cause pain in certain cases. Scar massage is one of the best treatments we usually recommend to reduce scar discomfort.

Most Common Types of Plastic Surgery for Men

Surgical Anesthesia; the good, the bad, and the ugly
Scroll to top